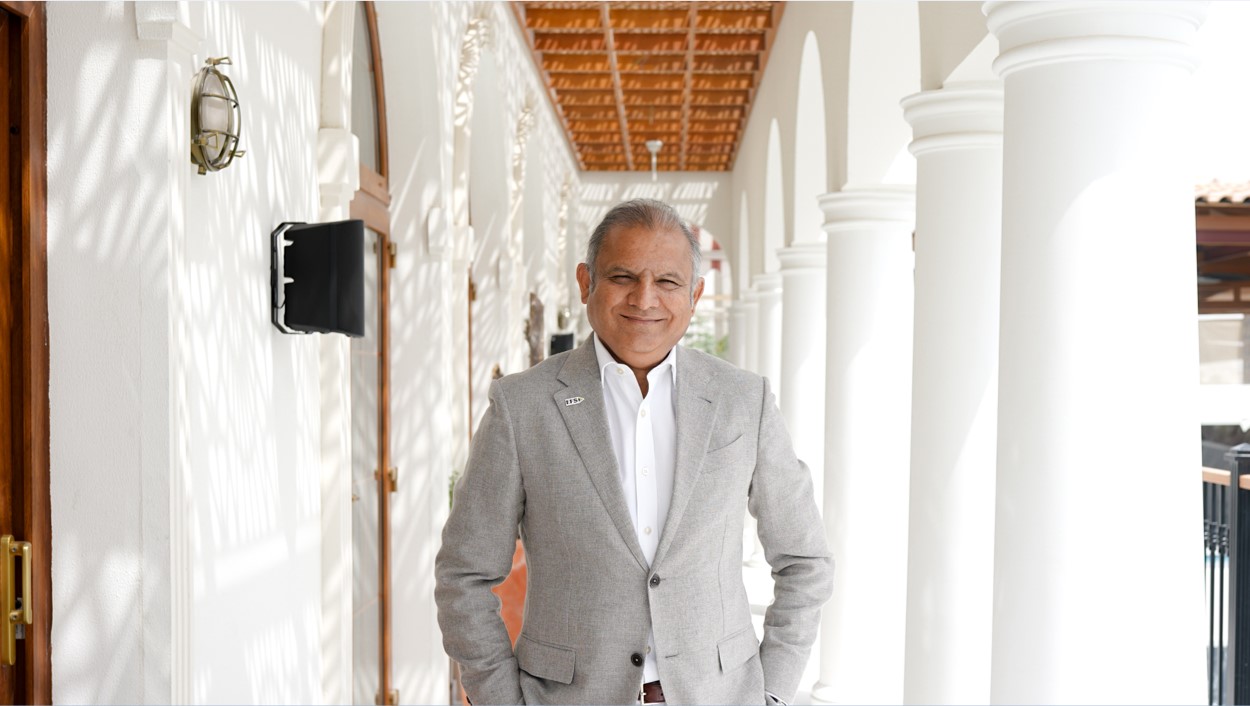 Tariq Chauhan is a Harvard alumnus, entrepreneur, and well-known Indian businessman. He is the CEO and Co-founder of EFS Group, a visionary leader in the industry, having built EFS in less than a decade from 100 million to crossing a billion in revenues. Mr Chauhan is also well-acclaimed as a thought-leader, writer, columnist and visionary in global facilities management. Tariq’s work in FM and Business Prudence is well acknowledged. He has authored over 100 articles in various publications, including his regular columns in UAE Major dailies.

For almost three decades, Tariq has been championing upskilling and welfare of blue-collar workers within his organization as well as on global platforms like the Federation of Indian Chambers of Commerce & Industry (FICCI), the Harvard India Conference, the Indian Consulate in Dubai and Antar Rashtriya Sahayog Parishad (ARSP) or the Indian Council for International Co-operation and Pravasi Bhartiya Divas Convention organized by the Ministry of External Affairs. In addition to platforms like Middle East Facility Management Association (MEFMA), International Facility Management Association (IFMA) and many others.

EFS has acquired several honours due to Chauhan’s pioneering leadership that includes the Taqdeer Awards and Sheikh Khalifa Excellence Awards (2018), Top 50 Private Companies by Forbes Middle East, Best FM Company of the Year by BNC Publishing and the Expo 2020 Better Together Awards for Worker Welfare Initiative of the Year and Service Provider of the Year (2019), and the Sheikh Khalifa Excellence Awards (2020). EFS has also received the prestigious Taqdeer Award for its contribution to Expo 2020, Dubai’s Worker Welfare and Health & Safety standards, implementing the best labor practices and exceptional service towards Expo 2020 while maintaining highly engaged and motivated staff. The Taqdeer Awards is an initiative of His Highness Sheikh Hamdan bin Mohammed bin Rashid Al Maktoum, Crown Prince of Dubai and Chairman of The Executive Council, honoring laborers and construction industry-related companies for excellence.

Tariq is relentlessly working to build the case of upskilling in the FM industry and raising the bar in built environments and workplaces. He has set new benchmarks in facilities management through quality service delivery, people initiatives and innovation.