COVID19 crisis: Not only governments but all others must collaborate to support the poor 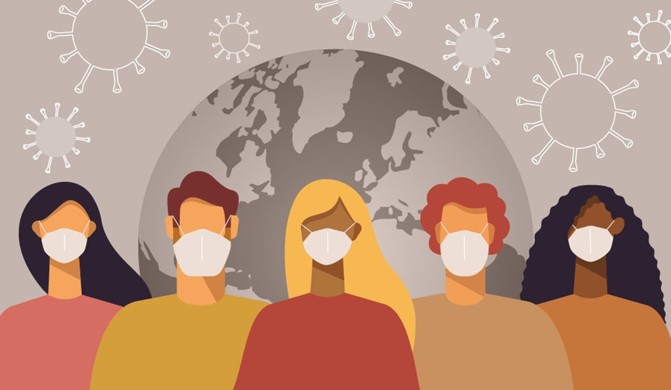 COVID-19 pandemic fear is playing on everybody’s mind. When it comes to poor and the most vulnerable, this is indeed true in their context and not just a panic . Across the globe, wherever these people live, it is engulfing their daily livelihoods not just the risk of their health. Their financial vulnerability is a matter of great concern and of safeguard to them, in the midst of these crises, is herculean. The talks on stimulus and the political bickering about their welfare in response to this meltdown are just not enough. They need speedy financial assistance free of usual bottlenecks. The various stimulus packages in the pipeline are only a drop in the ocean. This is an economic pandemic too, and due to its magnitude, it needs concerted actions. For the poor, it is even more fatal than their health predicaments. Their mental immunity to withstand the impact from Covid-19 like diseases is much stronger than their ability to face its financial fallout. My heart cries out, how in this civilized world, we could leave out the underprivileged to their fate, as their primary income sources have dried up amid these lockdowns.

Globally, over one billion people are living on daily earnings, and almost 2/3 world are caught in this whirlpool. The significant economic slowdown has its consequences for all but the poorer are in utter survival mode. Inequality data reports have indicated that adults with less than $10,000 in wealth make up 56.6 per cent of the World’s population but these hold less than 2 per cent of global wealth. The conditions are much worse for those who live in extreme poverty. The World Bank’s International Poverty Line was revised in 2015. Since then, a person is considered to be in extreme poverty if they live on less than USD 1.90 per day. This poverty measurement is based on the monetary value of a person’s consumption. Income measures, on the other hand, are only used for countries in which reliable consumption measures are not available. Imagine with the world economy slowing, it is a spiralling impact on these people. There are more than 230 million people living in urban areas within this income range, and these lockdowns are providing to be a great hardship to them. This looming disaster needs the world’s attention too as just in regards to their food security these income levels are not enough.

Just in the last one month, the world economy has shrunk by 5%, and within weeks if not months, this will continue to wreck the world, and its weakest are exposed. One can understand the consequence as this tragedy unfolds. While governments are doing the best they can, and all other global institutions, the UN, WHO, World Bank, IMF and Central Banks are indeed delving at length to find the solution, it is time for others too to join in to contribute. This requires assertive actions from all businesses, civil society, and NGOs. Corporates, especially the large company houses, need to move away from their profit syndrome to fundamental sustainability and look selflessly to rise above to help the vulnerable ones. Businesses must not do this as an act of charity but to help build multiple avenues from creating employment opportunities to compassionate policies and saving jobs.

If there was ever the most critical need for Corporate Social Responsibility, it is today. This is a “May Day” call for companies to open the flood gates of their CSR funds. It is time for companies to realign their priorities and allocate maximum resources with their own sustainability in focus. The impending impact of job losses in the lower segment of the workforce, especially the non-farm labour workforce, is heart-wrenching. Compassion needs to play a key factor when resorting to any cost cuts with lower salaries staff

According to the Global Wealth Report, the World’s richest 1 per cent, those with more than $1 million, own 44 per cent of the world’s wealth. This data strongly suggests that onus is on the rich and super-rich, in particular, to look at their coffers to share their wealth with most needy and deserving. They should donate from their wealth as was done in the past by Bill Gates, Azim Premji, and others. They can also draw from certain austerity in their personal lifestyles by saving which can part billions of dollars to the poor. Just going by the accumulation of global wealth statistics with 2/3 of the wealth sitting with less than 1%, there is a compelling case for them to share this. Why governments should bear this burden alone, why not others and indeed rich has to come forward to take the mettle of social responsibility. While writing this I can see the beginning by Mr. Azeem Premji in India with yet another noble act of donating 1/3rd of his wealth amounting to billions of dollars in charity. Hope this is the curtain-raiser for great announcements to come from the super-rich.

Besides Governments, large Corporates and the rich, the rest of civil society must also share this burden. This social responsibility is binding on all, and this can be achieved through a series of measures such as efficiency, innovation, and lifestyles adopting minimalism. This is the least individuals can do in our daily lifestyles. We should avoid wastage and build collaborative social alliances to influence our behavioural aspects. It is time for humanity to take a front seat during this crisis.