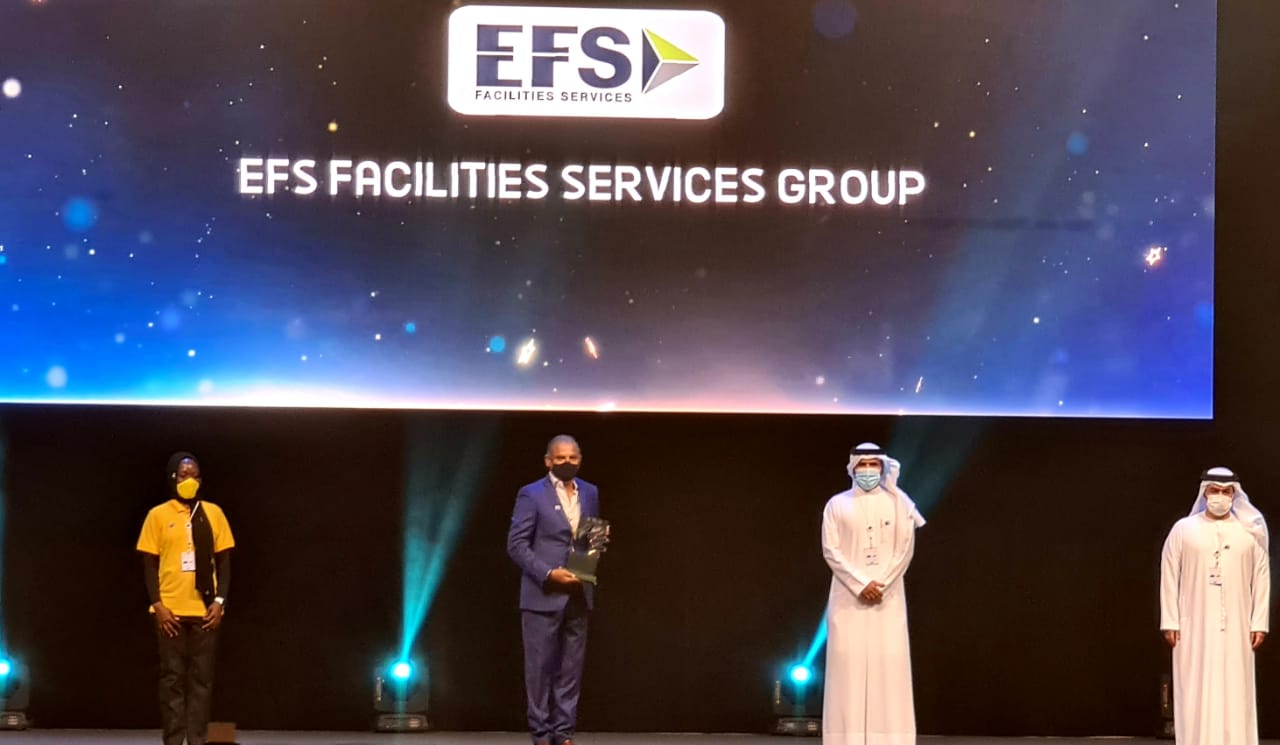 Dubai, 18th May 2021: The fourth edition of Taqdeer Awards honored companies from manufacturing, construction & services sector that continuously strive to make a change in the labour culture, create work climates that strengthen relationships between employers & workers.

Out of 3000 participating companies, 125 companies qualified for their final evaluations, with 29 companies being recognised by government officials during a ceremony at DWTC which was also hosted virtually.

EFS won the Taqdeer Award as a recognition of implementing best practices to create a work environment conducive to the welfare of its blue-collar workers.

The Award was received by Sophie Namakula, Housekeeping staff and Mr. Tariq Chauhan, Group CEO who were accompanied by 9 other outstanding frontline staff of EFS.

Mr. Tariq Chauhan, Group CEO quoted, “Proud to be an EFSian, EFS celebrates yet another accolade in its pursuit of employee wellbeing and happiness by winning the Taqdeer, Hamdan Bin Mohammed Bin Rashid Al Maktoum Award honouring labourers and companies for excellence.

Sophie Namakula, Housekeeping staff exclaimed that she’s so happy & proud of EFS on receiving this honor & thankful to the CEO & management for having chosen her to represent EFS on this large prestigious platform. She’s grateful to all her colleagues who go through hardships & yet manage to put dedication at work as their top priority.

EFS commitment and success in providing a safe and happy work environment to all its employees is a testament to the UAE governance as a business environment.