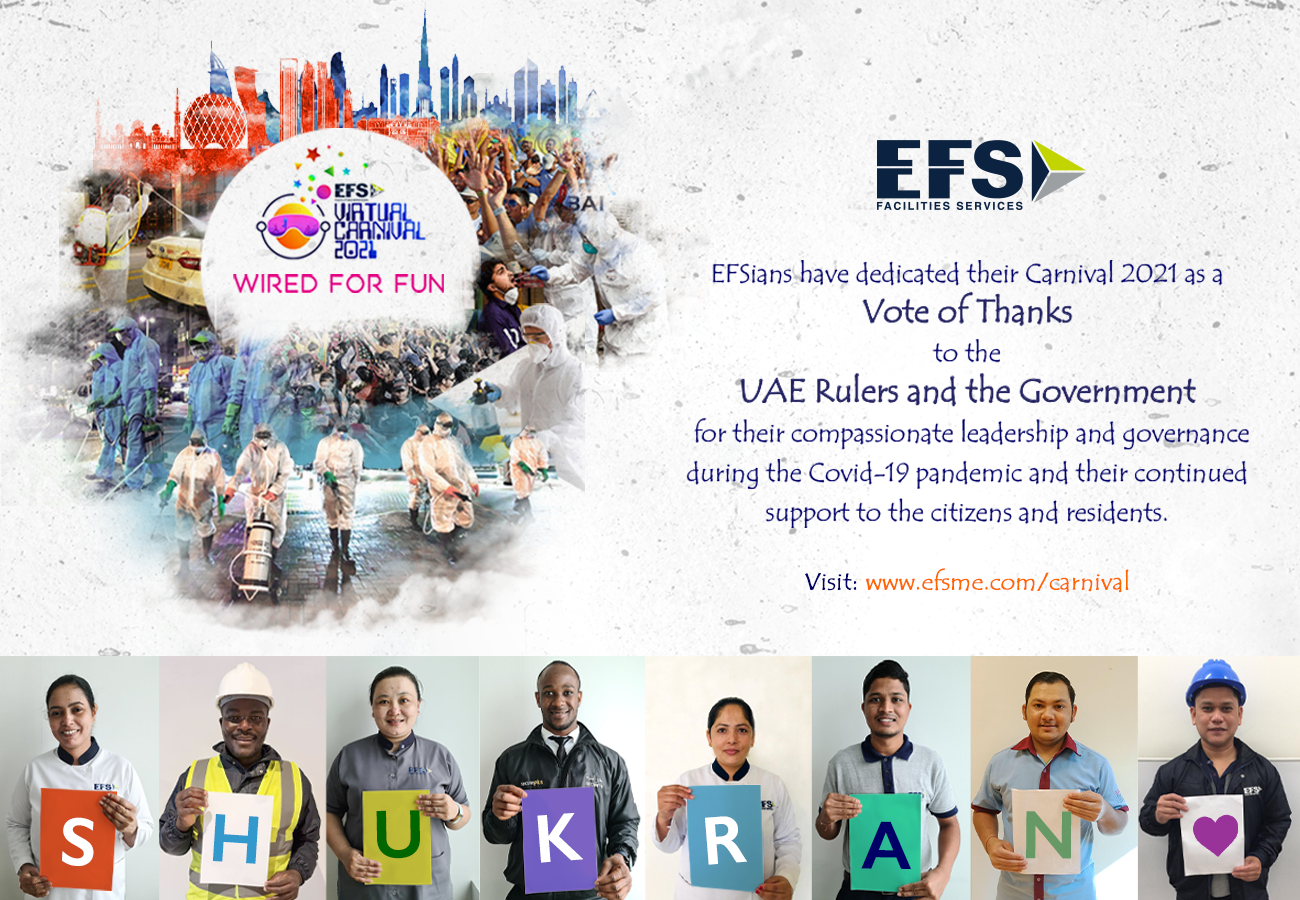 The Rulers and the UAE government have indeed raised the bar of excellence in leadership. In all aspects of good governance, the government and its leaders have proved their mettle. In this post-pandemic era, when the world has seen plummeting public confidence levels in their leaders, the UAE’s rulers rose to them with their path-breaking role. UAE has established one of the most robust and towering leadership footmarks in every context based on which leadership in a crisis is measured. There is no doubt that UAE has always been a pioneer in steering global benchmarks of excellence in public service. Be it innovation, good governance, compassion or maximum attention to public interests. Especially, during the COVID-19 pandemic era, timely and effective government decisions were praiseworthy and monumental. UAE, for sure, has shown other countries how to lead their nation during national emergencies.

Be it food or medical supplies or security; the government has stood guard to ensure all basics with no disruption. All the essential services, such as Health Care to public transportation services, including courts, were available at ease. The government looked after every aspect in detail that is critical to retain faith and public confidence. Despite Global lockdowns, the businesses in the country were run with least disruptions. What is noteworthy is its preventative steps on business continuity and public safety and the transformation mode the government has adopted. From social distancing, emergency services to quarantine measures, everything was executed and planned in a transformative manner with technology at the core. Be it early vaccination drive or procuring essential medical supplies, steps taken were commending. UAE was amongst the early ones to introduce the global standard in air safety and travel to encourage travel in line with COVID-19 guidelines.

Emirates Airlines, one of its carriers, was the first one in so many ground-breaking decisions. They have been globally acknowledged for their initiatives in safe flying standards during the pandemic times. Emirates set one of the highest and transformational ways to safely put air passengers on board and that too at ease. Whilst the rest of the airlines were lurking in the dark, UAE Airlines guided the world aviation industry in safe flying whilst maintaining the highest pandemic COVID-19 guidelines.

If there are any benchmarks to align with resilience, the UAE government led the way. It was also the first one in the region to announce the stimulus package and ensured the government was the first one to provide cuts in its fees. UAE assured a significant boost to all with inclusivity in mind. The government did not just support big enterprises, but SME, retail and all sectors were included. All its SOPs and measures were quick and effective. Despite a significant decline in the economy, the UAE government, just in six months, introduced over 25% of its GDP in government stimulus, a generous sum that few governments came forward.

List of government steps and measures to build robust business confidence was handy with far-reaching impact. Having been a stakeholder as the CEO of the Company with over 5000 front line workers, I can confidently say that every measure announced during the pandemic and after was ground-breaking, relevant and transformative. We have been operating in 21 other countries, and our UAE operations were the least affected thanks to the UAE government. I can say with pride and confidence that UAE has been the real torchbearer in business continuity, transformation and true resilience. It has established the outstanding credentials of great credibility that any Government needs to have during crisis management, especially of the COVID-19 magnitude, where most other governments have failed.

In compassion and governance, its leaders indeed demonstrated how leadership should conduct itself in such exigencies. It helped boost public confidence and set the way to show people how governments and its leaders should work in tandem to lead during national emergencies. Hats off to the rulers and government officials and of course to the UAE people in showcasing the standards of resilience.