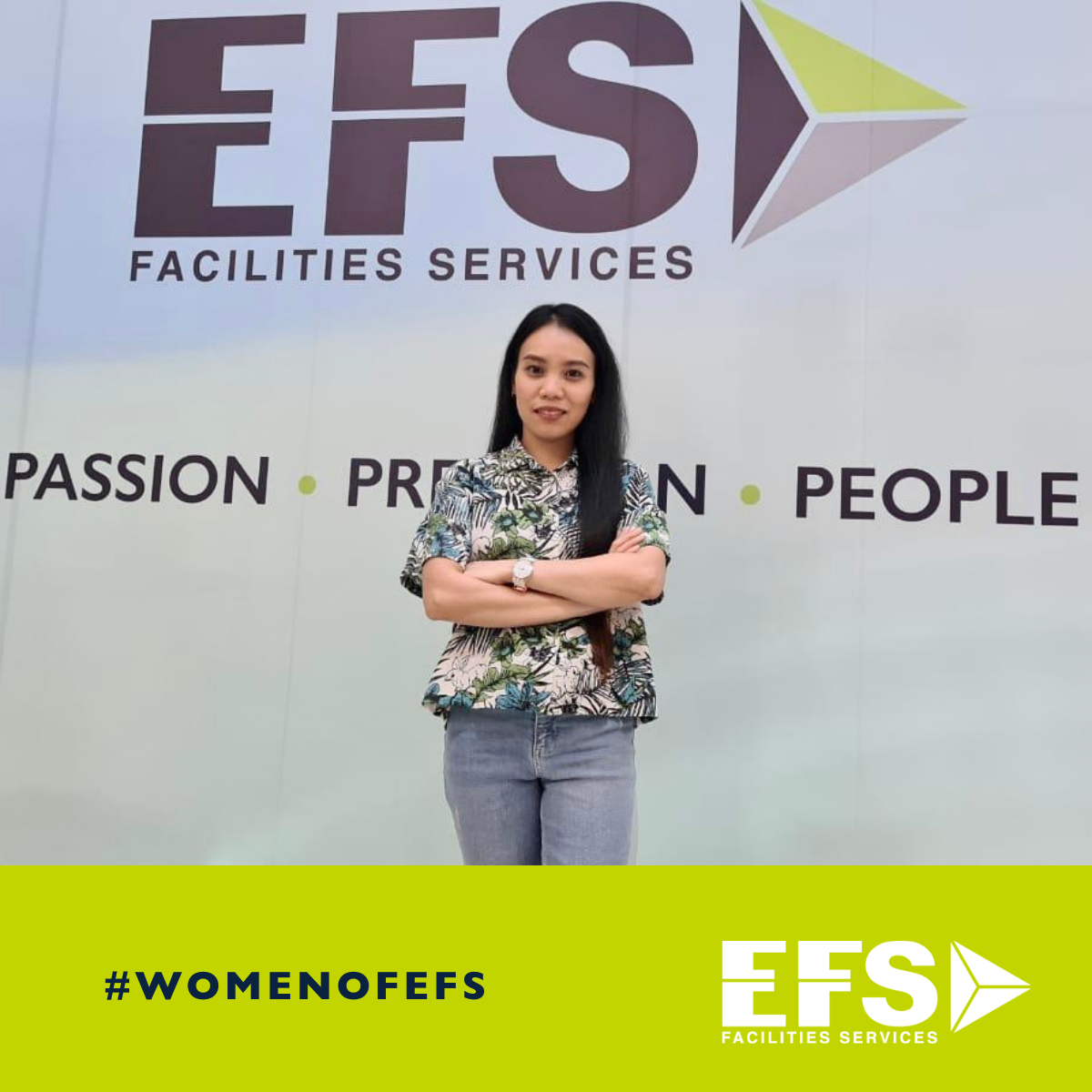 The #WomenOfEFS series continues with inspiring stories of strength, ambition, and growth through opportunity and workplace focus on people’s abilities. We would like to introduce the inspiring Woman of EFS — Eunice Cabiso.

Being a single mom at age 24, Eunice’s story has been a journey of self-sacrifice, strength, and discovery. Forced by circumstances, Eunice dropped out of college, pursuing different jobs to support a sick mother and her son back home.

Eunice took a leap of faith and flew to Dubai from the Philippines in 2012 and worked as a domestic helper in Abu Dhabi for four years until she got the opportunity to join EFS for an interview. “EFS was my last choice, and everything was God’s plan”, Eunice recalled the interview as a divine opportunity.

Eunice joined EFS in 2016 in the housekeeping department, but in just one year, she was promoted from housekeeping to the position of office assistant at the highest recommendation of EFS’s client and as a recognition of Eunice’s potential and work ethics.

After a year spent in the office assistant position, Eunice was promoted to the EFS head office as a receptionist. “EFS is the organization that truly helps people to grow. From housekeeping to head office working alongside the management – this journey has been possible because of the EFS policy of recognizing talent and supporting career growth.” Eunice’s growth in EFS has taken her now to the position of Executive in Supply Chain, which she currently holds.

Eunice’s journey from housekeeping to the company’s headquarters exposed her to the opportunity to go for language classes, and she is being supported to pursue her studies.

“Patience, hard work and faith in God are important to succeed. Believe in yourself and have the willingness to learn, and opportunities will come your way. Make family your inspiration despite the struggles and strength that comes with it. I am happy I work in an organization that allows me to grow, learn every day and develop my career and personal life in new and improved ways,” said Eunice Cabiso.

The inspiring story of Eunice is yet another important lesson of why upskilling women is the way forward in the leadership models. With our “People First” focus, we push the boundaries, and we convert the blue-collar women workforce into more suitable roles where women can have access to better wages and benefits.

Eunice Cabiso is one of the many inspiring, brave, and strong women driving the success of EFS every day!